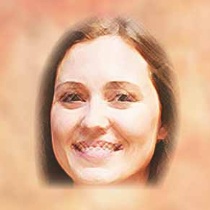 This game is a funny game of action adventure, which is played in the game. The family wants to control the goats to carry out sabotage activities. There are also some interesting BUG, in the game, which will make the game experience interesting, and unlike other games ruined by bugs, one of the highlights of the game.

The player's map contains several open maps, including roads, grass, trees, houses, swimming pools, playgrounds, etc., swimming in the water, some buildings, fences, vehicles, glass, and so on can be destroyed. People, animals, and so on can be brushed out randomly on the map, and the score can also be obtained by killing.

Players gain points by destroying things in style, for example, by doing a backflip while hitting a bucket with their head through a window, and the player will earn even more points. The sky is not a limit for the goats, because players can have flying goats.

In this game, humans and other animals can walk freely on a map. Human beings are divided into different types: police, waiters, pedestrians and so on. The important thing is that special characters contain dialogs, which bring more fun to the players.

Many levels of goats are waiting for the players to unlock, and upgrading is a constant pursuit of players.

We publish only honest game review based on real game experience. If you think that our Goat Simulator game review is not full enough and you have something to add - write to us. We looking for talented authors to make our review better!

Can you escape the 100 room XII