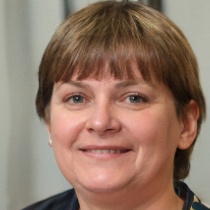 This is a role-playing game that simulates the survival test, in which the player is trapped on a desert island, and during the day the player needs to constantly explore, mine minerals, study craftsmanship and weapons, and use traps or other means to protect themselves. and then set up a safe zone to rest at night.

The game is the use of high-pixel style screen, high degree-of-freedom game operation, players in the game at will, to create their own world, can also fight with all kinds of animals in the game, looking for ways to survive, to make themselves strong.

The fluency of the game is very good, the background music is also very suitable for the scene of the game, the real environmental elements, high-definition material sky, circuit systems and so on.

Players can still use the equipment in this game to decorate and transform their homes and enrich their production and life. On such an uninhabited island, players can have a brightly lit home. That is something that the players are very proud of.

The biggest entertainment in this game is probably the unpredictable outcome of the game. Everything seems to happen at random, and players can't predict what will happen next. Maybe all the crops planted by players have been abandoned in the event of a drought. Maybe the food you collected will rot in a few days.

The randomness of the game can bring players a very strong sense of excitement; people will always be curious because of ignorance, so it has become the common fun of many players.

We publish only honest game review based on real game experience. If you think that our Survivalcraft game review is not full enough and you have something to add - write to us. We looking for talented authors to make our review better!

PK XD - Play with your Friends