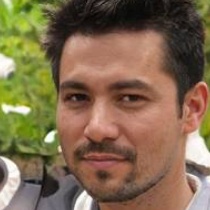 The genre of .io games has just evolved to the completely new level! The principle of this game is well-known to all of you, guys. Eat glowing balls, and become the biggest monster worm on the entire game board. You will not be eating your smaller opponents, though. In fact, you should try to avoid any contact with them. If you hit an enemy worm with your face, the game ends for you, and you have to start from scratch. We also have some new mechanics here. You can now use certain special moves to ouplay your opponents, and when you use them in right time, you can eliminate even much bigger players. Competition is waiting for you to join the thrill, so what are you waiting for? Lets battle for the highest ranks right now! Have fun.

Wormax.io Is a gluttonous snake play leisure puzzle adventure mobile phone game, I believe everyone has played the snake battle before, this game is a new upgrade version, players can constantly upgrade their own snake through the game mall. Make yourself stronger and stronger.

The music is good.

Playability is OK, leisurely entertainment games, do not take up too much time, if you want to play, a combination of work and rest

We publish only honest game review based on real game experience. If you think that our Wormax.io game review is not full enough and you have something to add - write to us. We looking for talented authors to make our review better!