Developer: Miniclip.com
The browser game phenomenon comes to mobile! It's a cell-eating frenzy! 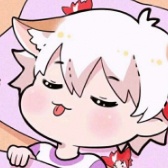 This game is a classic IO game. The main content of this game is that players compete in an effective fixed area. The big one can swallow the small one, and the player can play against the smaller ones in the game. Swallow, avoid the ones greater than yourself, stay away, or the game will be over, the game will rank each character in the game, the player can see the player’s own ranking in the upper right corner, this ranking is about The size of the ranking allows players to see the relationship between them most clearly. Players can disperse in order to protect themselves, or in order to swallow others, let their small areas fit together!

The screen of this game should be the most concise screen in the history of the game. It looks very simple, but the fun is deeply embedded in it. The background color of the game is white background color, black square lines, and white The background is divided into a number of flat background blocks, which look simple and contain style. The game is colorful, and various small round color blocks form a big map. This map is a limited area, but just look at it. If you can’t see the border, you need to go to the side to try it. Only in this way can you feel the border. At this time, your own small round pieces will be deformed. Small pieces of various colors decorate this area, which is very interesting. Game, players can try to play, I believe that afterwards, players will love it!

The playability of this game is extremely simple. Players compete on this limited area map to complete the devouring of the small round pieces in the game. There are only two results at the end of the game, one is that they are eaten. , The game is over, the other is that in the game, the player eats all and gets the first. This level is over. During the game, the player will encounter various, different types and different colored small blocks, so Players must fight their wits and courage to make themselves stronger, so that they can become the king of the game and win the championship!

The entertainment of this game comes from many aspects, the most notable points, the first point, comes from the picture in the game, the picture in the game has the most simple background color, allowing players to play on the map filled with balls Make the quickest excavations on the Internet, and eat these, supplement yourself, and let yourself grow faster. When the player grows, they may encounter various great circles or small circles. The player encounters the great circle. In the game, it’s just a little bit, that is to run and move fast at your fastest speed. In the game, the movement speed of the great circle is very slow. Therefore, the player must stay away when encountering the great circle. Of course, When the player encounters all kinds of small circles during the game, they must swallow them quickly. It is very rare to get close. The moving speed of small circles is very fast. The player must catch this hard-won Opportunity!

To a large extent, this game has a very unique innovation. This innovation comes from simplifying the complex and the simple background color of the game, allowing players to quickly identify the characters that can be swallowed and supplemented in the game, and speed up The process of the game allows players to better achieve clear and conspicuous duel, complete the game, win more quickly, win the championship, in the game, there are many green waves become round blocks, this The player’s small circle can be split quickly. Of course, this split is not permanent, but after a fixed period of time, they will form a big circle again. Splitting into a small circle is a good way for them. Protection, as long as the player's you still have one of the small circles, then the player's you are also alive, as long as you are alive, you still have a chance to come back with hard work, so this thing is a good booster weapon!

We publish only honest game review based on real game experience. If you think that our Agar.io game review is not full enough and you have something to add - write to us. We looking for talented authors to make our review better!